Rhodiola is indigenous to the arctic areas of northern Europe and Asia. It has been used traditionally for medicine in Russia, Siberia, Asia and Scandinavia for centuries. The tradition and folklore surrounding rhodiola led to the first investigations in its phytochemistry in the early 1960s. Scientists in Russia identified adaptogenic compounds in its roots. Today science has discovered more elements to the multi-faceted potency of this unusual plant.

Fertility. Traditionally young Siberian couples carried rhodiola roots in bouquets prior to marriage. The ability to cope with stress and fertility goes hand in hand. A study was done on 40 women suffering from amenorrhea (loss of menstrual cycles). They were given a daily dose of rhodiola for a period of between two weeks and eight weeks. Remarkably, normal menses were restored in 25 women, 11 of whom became pregnant. Many physicians have reported a higher percentage of successful pregnancies from rhodiola supplementation than from fertility drugs. It works for men too; after three months of taking rhodiola, 26 out of 35 men with erectile dysfunction or premature ejaculation responded well with significantly improved sexual function.

Endurance and Cardiac Health. The famous physical strength and endurance of the Vikings was attributed to rhodiola. Today rhodiola is greatly favoured by athletes who experience significantly improved recovery time, strength, endurance and cardiovascular measures. It appears to help regenerate stress-induced damage and dysfunction in cardiovascular tissue, as well as increase the natural chemicals that provide energy to the muscle of the heart. Research also suggest that rhodiola increases essential energy metabolites in the muscle and brain cells and may also increase metabolism of fats. 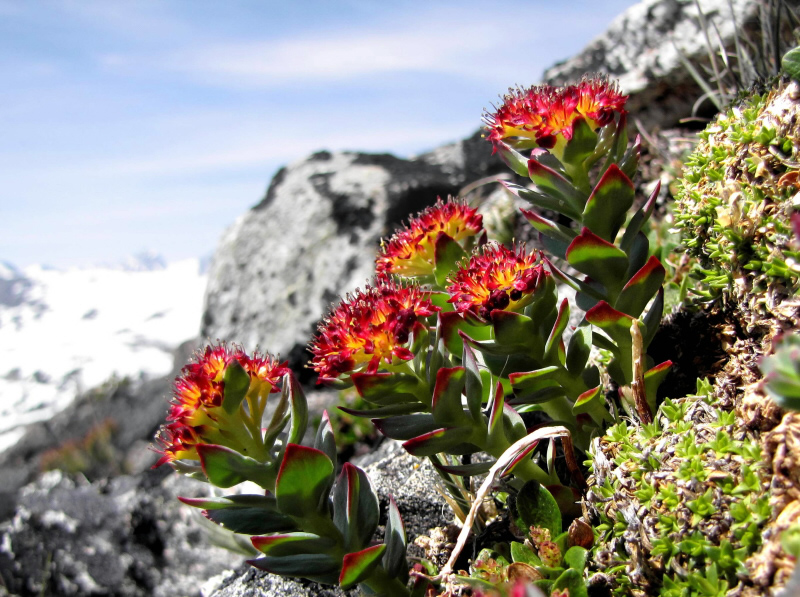 Fatigue. Stress is the word on the tip of most tongues. Stress puts our tiny adrenal glands and other endocrine glands under great strain. Human studies have shown that individuals with fatigue, irritability, insomnia and decline in work capacity respond favourably to a daily dose of the root.

Nervous System. Our mental state is deeply reliant on the health of our nervous system. Rhodiola appears to help rebalance the monoamines of the central nervous system. It affects the levels and activity of serotonin, dopamine, and norepinephrine, neurotransmitters found in the brain. It appears that rhodiola inhibits the breakdown of these chemicals and facilitates the neurotransmitter transport within the brain. This explains why Russian researchers found improvements in depression and schizophrenia.

Acute Stress. Rhodiola seems to be the number one herb when it comes to dealing with short intensive periods of stress. Whether you are flying on a plane or have a presentation to give, these are the moments that could really benefit from a little rhodiola. A good dose can help prevent the depletion of adrenal hormones and prevent stress-induced disruptions in function and performance.

Antioxidant – Powerful antioxidants and stimulating compounds have been discovered in rhodiola. It is also thought to be a strong anti-carcinogen due to the presence of several phenolic compounds.

You will find rhodiola in all packets of Mens and Women’s SuperThrive.